Department of Trade and Industry

With a population of more than 600 million and a nominal GDP of $2.31 trillion, Southeast Asia is fast becoming a global economic powerhouse. The region is increasingly becoming a destination for investment as interest shifts from the maturing markets of China and India. However, many MSMEs in the Philippines struggle to access investment capital, and business incubators/accelerators, making it a struggle to bring their brilliant ideas to fruition.

The Philippine government has attempted to nurture these businesses to promote inclusive growth. It focused on the tech sector because of its central position in an innovation economy. Hubs like Silicon Valley produce disruptive ideas, new products, and bolster employment in the country. There have been numerous initiatives to nurture tech startups under accelerators and incubators, but success has been limited due to the inadequate support from policy makers and divided efforts of players in the tech industry.

As the host of the Asia-Pacific Economic Cooperation 2015 summit, the Philippines had to demonstrate how it was helping local businesses engage in the new global economy. The Department of Trade and Industry approached M2.0 Communications to create a regional event that aligns with the international forum’s theme of inclusive growth.

After analyzing previous successes in the crucial tech sector, M2.0 believed that a widespread self-sustaining innovation ecosystem can be built by bringing together tech startups, entrepreneurs, investors, and business people across Asia-Pacific under one roof and then asking them challenging questions like “What are the technologies that can solve not just first-world problems, but the whole world’s problems? Who are the people who have made headway in solving these problems? Why don’t we find them the right investors so that the next generation of world-changing companies can have their roots in Southeast Asia?”

This challenge was embodied in the name SlingshotMNL, which called to the imagination the vision of startup ASEAN Davids readying their slingshots to throw game-changing ideas at a Goliath-sized world market. The team positioned the event as THE technology conference for ASEAN. It was to be an equal to TechCrunch Disrupt, Web Summit, Slush and other conferences that are both a thought leadership platform and a legitimate business matching venue for investors and companies.

A Discussion with the Best Minds

To inspire participants to create game-changing innovations, M2.0 relied on a powerhouse lineup of world-leading tech experts to lead the conversation. Innovators such as Microsoft’s Erick Stephens, Amazon’s John Fitzpatrick, Air BNB’s JJ Chiang, and Uber’s Mike Brown flew in to the two-day conference to discuss disruptive, world-changing ideas. Because the plenary sessions couldn’t contain the two-day conference’s breadth, the team organized Breakouts for specialized discussions, including pitch sessions designed to bring entrepreneurs and investors together.

The campaign forged strategic partnerships with agencies and organizations that provided support to startups or the tech sector. The agency secured the enthusiastic cooperation of the Department of Science and Technology (DOST), Information Communications Technology Office (ICTO), Ideaspace, Kickstart, Spring.ph, Philippine Software Industry Association (PSIA), Game Developers Association of the Philippines (GDAP), and Call Center Association of the Philippines (CCAP) which opened their networks and resources for the campaign. The participation of these groups were crucial in helping innovators meet people who could not only develop their ideas, but turn them into reality. Touching base with policy makers was important in getting government agencies to understand the many challenges innovators face and provide support in terms of creating startup-friendly policies.

Because the tech entrepreneurs and visionaries that SlingshotMNL wanted to reach are digital natives, it was critical for the team to speak the same language. M2.0 built SlingshotMNL.org as an online portal for hassle-free personalized registration and up-to-date instant communication.

Simultaneously, we launched a Facebook page to create an online community of innovators. It became a productive platform for ideation. The page promoted the sharing of inspiring content, featured promising start-ups, and was a useful avenue for people to ask questions about the conference. To support this, a direct mail campaign was facilitated, maintaining constant engagement with participants and providing more means for feedback and inquiry.

Leading up to the conference, M2.0 conducted media outreach to local and international media across multiple platforms (print, online, broadcast, and social). The team pitched interviews with plenary speakers to select media outlets. The target reporters for each speaker were handpicked to suitably match the reporters’ points of interest with the speakers’ chosen topics. The agency invited media from all over the world to feature the Philippines as a hub for Asian innovation. Their coverage coincided with the on-going APEC meetings.

The inaugural Slingshot MNL was a resounding success, bringing together over 800 local entrepreneurs, global tech visionaries, investors, and government officials – the largest tech gathering in the Philippines at the time. As one of the marquee conferences of APEC 2015, it sent a powerful signal of the Philippine government’s commitment to uplifting MSMEs, and established a template for a recurring flagpole event in the Filipino tech startup community. More importantly, Slingshot MNL paved the way for better access for startups to investors, incubators, accelerators, and financial institutions.

By the end of the conference, the participating startups made an average of 13 connections to funders and 84 connections to the audience. Ultimately, it’s these many meaningful connections, collaborations, and partnerships brought about by SlingshotMNL that will create a lasting, positive impact on the region’s economy. 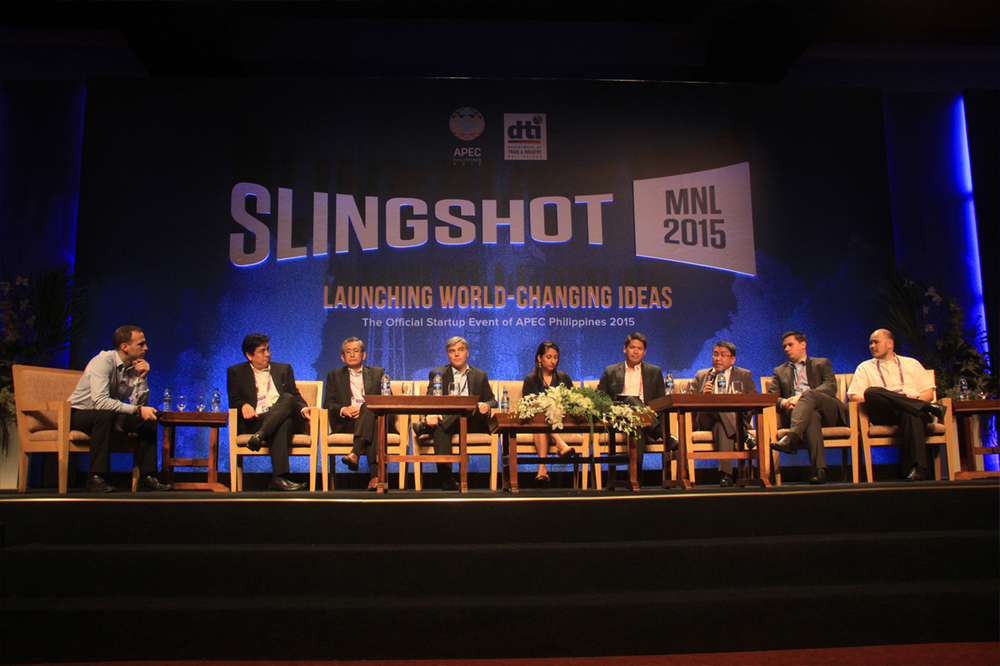 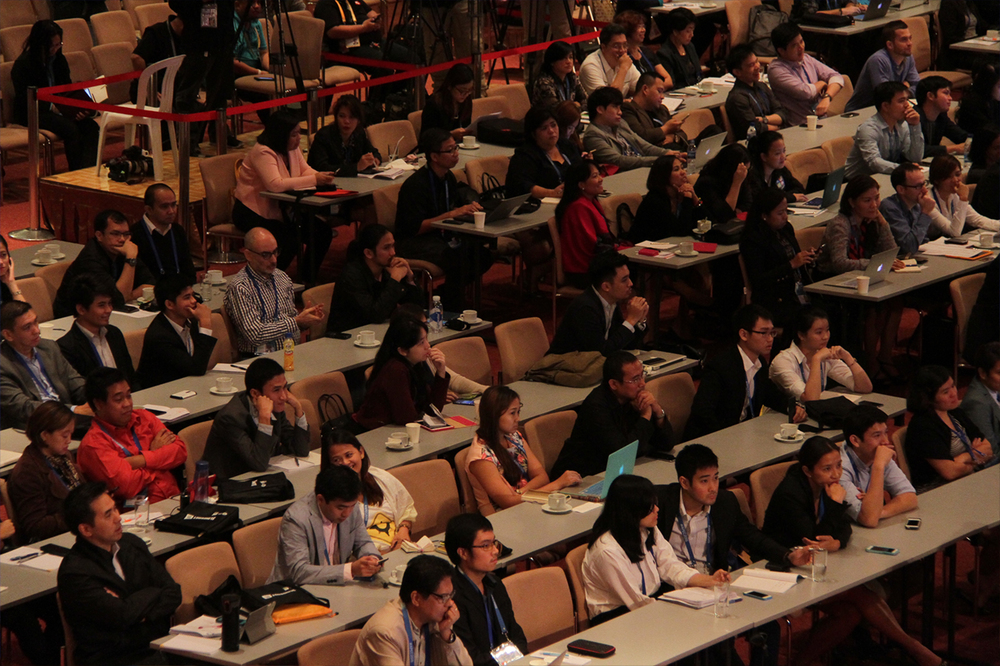 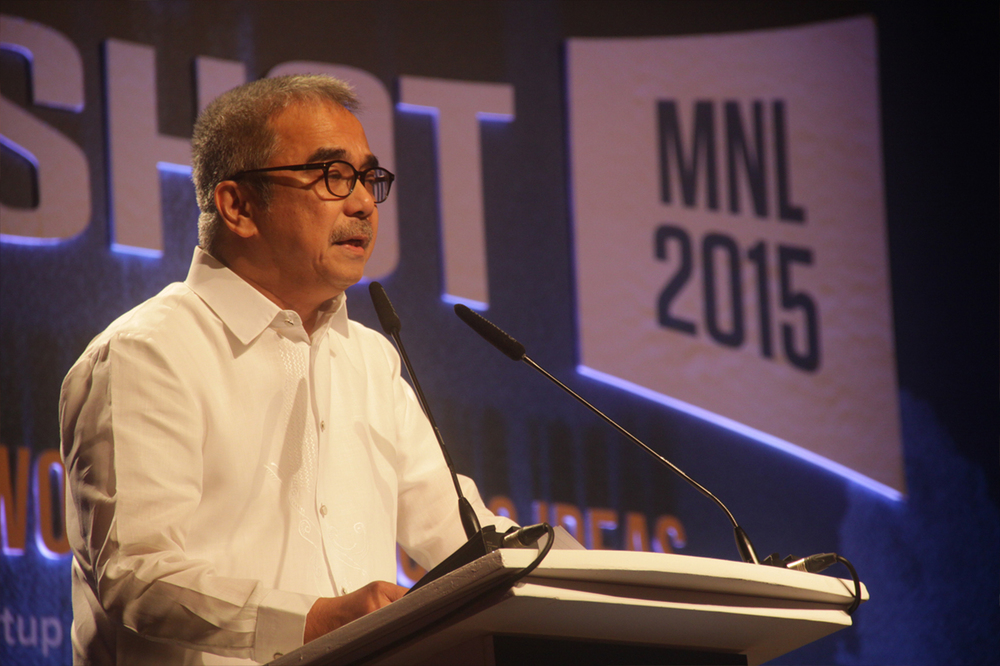 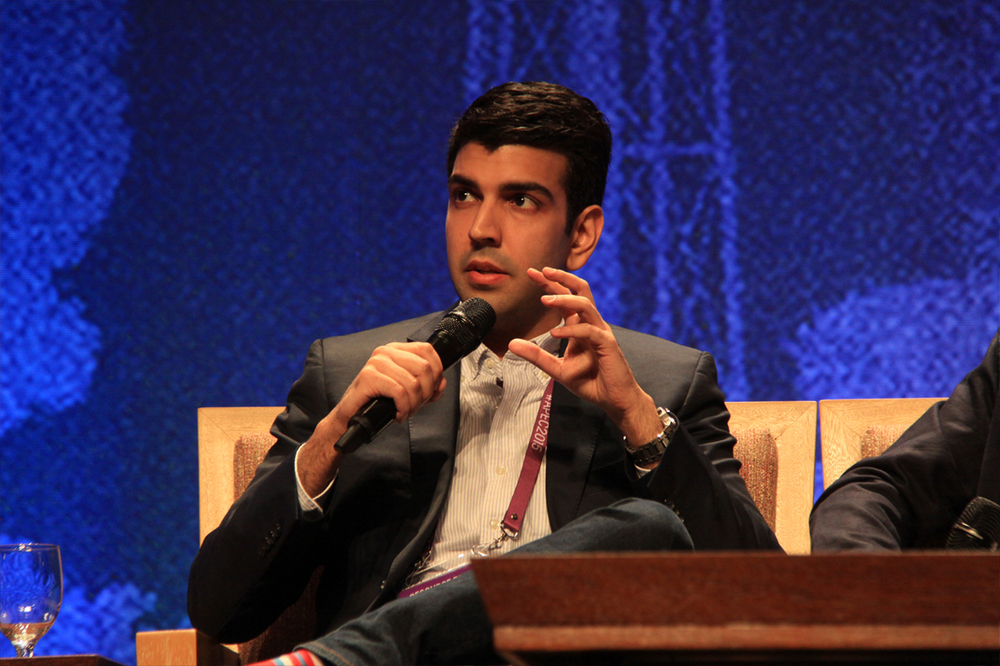