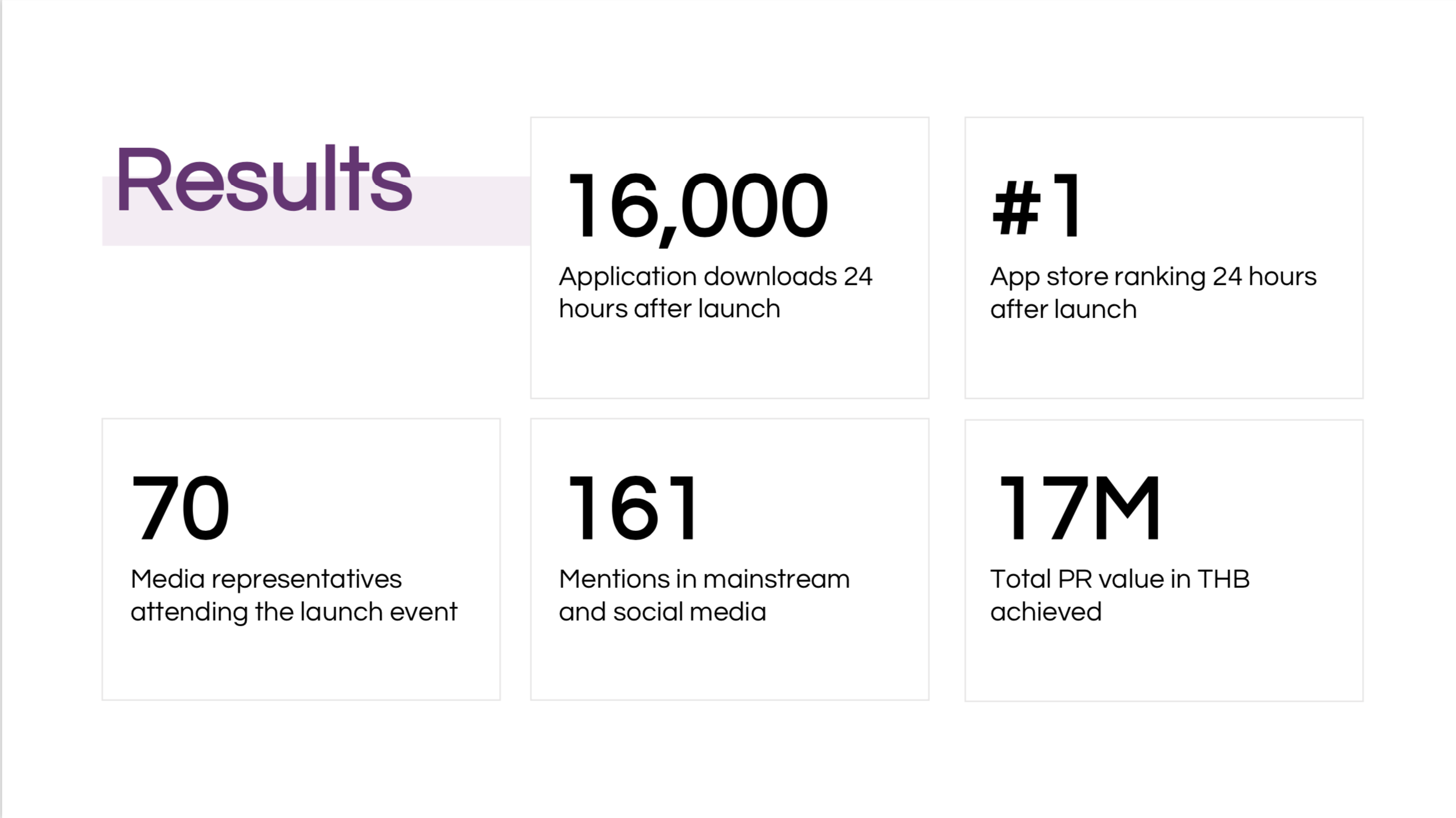 YouTrip contacted Midas PR to do PR for their launch event in Thailand.

Midas PR made sure to consider the client’s target audience, the media landscape, and public interest. Keeping in mind these three key factors, we created a strategy that would reach all targets efficiently. Our team drafted bilingual press releases that would be disseminated strategically--with enough time to hype up the product launch, but not too close. This was appealing to the media.

Our media invitation promised an exclusive opportunity for the media to interview key persons from YouTrip, as well as KBank. To ensure media pickup, Midas PR disseminated a press release at the event, as well as provided a media roundtable. Prior to the roundtable, we briefed YouTrip CEO/Founder Khun Juthasree Kuvinichkul. In order to maintain the momentum, Midas PR disseminated a Photo Release detailing the application’s amazing feat of receiving 16,000 downloads in the first day. We also provided detailed monitoring and reporting.

Collaborating with KBank proved to be a huge media magnet, attracting more than 70 media representatives from business, finance, technology and local newspapers to YouTrip’s launch event. The result is over 160 mentions on mainstream and social media for YouTrip over the next week following the launch event.

The result is that 16,000 downloads were achieved, making it to the #1 spot in mobile app stores within just 24 hours following the launch event.