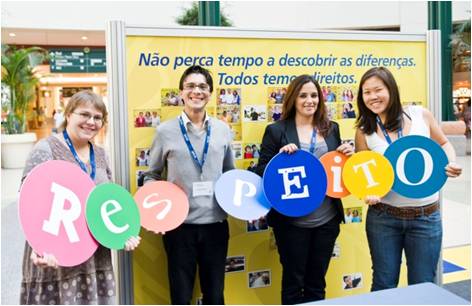 Provide support to a client of our Canadian PROI Partner managing a crisis situation. On 24 August 2001, Air Transit flight 236, an Airbus A330-200, travelling  from Toronto to Lisbon, flown by Captain Robert Piché and First Officer Dirk DeJager, ran out of fuel over the Atlantic Ocean with 306 people (293 passengers and 13 crew) aboard.

The flight crew managed to successfully glide the plane, and safely land, at Lajes Air Force Base in the Azores, with no loss of life. Only 9 passengers received minor injuries. Most of the passengers on the flight were Canadians visiting Europe and Portuguese immigrants returning to Portugal. Lajes airport had to be closed due to damage caused during the emergency landing.

Inforpress was contacted by our PROI Partner agency from Canadá – Optimum Public Relations – to provide support and we began working immediately. Inforpress acted as Air Transat spokesperson because they did not have a representative or team in Portugal.

As it was a crisis situation and we needed to act quickly, Optimum placed their complete trust in Inforpress' crisis management strategy and placed Inforpress in direct contact with their client.

Our first activity was to translate a media release and release it to local and national media, so that they received confirmed information as they were publishing various stories about the accident. We were also at the airport at 4 am in the morning when passengers arrived in Lisbon. Most of the national media were there to talk with the passengers about the situation.

We helped Air Transat provide support to the medical team which was responsible for the passengers' wellbeing and in particular to provide assistance to those who were affected psychologically. Inforpress also prepared other media releases to update information, provide daily reports and we held conference calls with the Air Transat team to give them specific information.

Following this initial situation, we had to deal with another crisis issue: the report from the Aviation investigation. We asked the Aviation Accidents Prevention and Investigation Department (GPIAA), to include us in their list of media when they released the report of the incident, so that we could react immediately. The Air Transat team moved to France to give increased support and to enable them to act rapidly when this report was published and released.

The Inforpress team followed at the airport on a number of occasions as passengers embarked on flights back to Canada on different dates and to assist as the media were there to hear their stories.

We generated numerous media clippings: they were very positive and explained how the pilot was a real hero dealing successfully with this complicated situation.

This was such an incredible story that Discovery Channel subsequently made a documentary about it and aired it several times.

Added information about the conclusions of the accident
The report of the incident published by the Aviation Accidents Prevention and Investigation Department (GPIAA), Portugal Investigation has determined that a low-pressure fuel line on the right engine had probably failed as the result of it coming into contact with an adjacent hydraulic line.

Since the occurrence on 29 August 2001, Rolls-Royce issued a World Wide Communication (DBY/CS/00697/2001) advising operators, in part, to check all engines to ensure that adequate clearance exists between the fuel and hydraulic line. A non modification service bulletin was issued to formalize this inspection, and was rendered mandatory by the British Civil Aviation Authority.